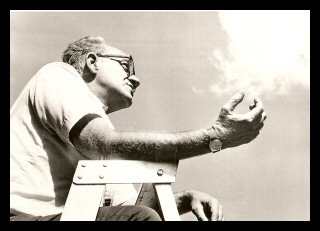 Scholarship applications are not currently being accepted for the Fall of 2020.
The next scholarship cycle deadline for entries will be from Sept 5, 2021 - Nov 5, 2021


FOR FALL 2020 APPLICANTS - by midnight, November 8, 2020, emails will be sent to all students whose applications have been received and were postmarked on or before November 5, 2020. If you have an application in the mail, postmarked by November 5, 2020, and you did NOT receive a confirmation email, please email the Scholarship Administrator, Dr. Thomas Reynolds at treynold@worldpath.net immediately.


We are pleased to announced that in the coming year, there will be TWO $2,000.00 scholarships awarded to the winners.


Endowed by Betty Jo and Kathy Schmidt in memory of Dr. Robert Hawkins and in honor of Kathryn Morris Hawkins, and donated by Bradford Hawkins, the youngest of Dr. Hawkins' five children.


Born in 1919 in Sullivan, Indiana, Robert Hawkins entered Indiana State University in 1937 as a Harold Bright Scholarship recipient (awarded for clarinet performance and excellence in student conducting),  Upon graduation, he was named Director of the Indiana State Marching Band until his enlistment in the U.S. Navy in 1942.  He served until an honorable discharge brought him home from Okinawa in 1945. Two years later he completed a Master of Music degree from Indiana State and then continued graduate work at Columbia University in New York, receiving a PhD in 1951.He then became Professor of Music and Director of Bands at Western State college in Gunnison, Colorado.  Over his sixteen years there, he was named Chairman of the Music Department and Director of the Gunnison Music Camp, which grew in size and reputation throughout the Rocky Mountain region and the nation.  Western State College bands traveled widely, performing at the New York World's Fair and Radio city Music Hall, among other venues.


In 1967, Dr. Hawkins was approached by administrators at Morehead State University in Morehead, Kentucky to continue his work there.  Because of a wider scope of opportunities offered there, he accepted and became Conductor of University Marching and Symphony Bands and Director of the Daniel Boone Forest Music Camp.  These years included highlights such as representing the state of Kentucky at the Presidential Inaugural in 1973 and performing at the 1975 Kentucky Derby,


Dr. Hawkins has also served as a frequent guest conductor for the Boston Pops, the U.S. Navy Band and the U.C.L.A. Symphonic Band, among many other organizations.  He also published three books of arrangements and transcriptions for marching band and orchestra.


Dr. Hawkins conducted a series of orchestral recordings for Century Records Co., many of which consisted of his own transcriptions of orchestra literature, from Brahms and Rachmaninoff right up to Grofe and Rozsa.


In 1967 Dr. Hawkins brought with him to Morehead State University the Kathy Schmidt Memorial Scholarship, honoring an outstanding music student from Western State College.  This program recruited and made possible the studies of a number of talented music majors at Morehead.


In 1972 The School Musician Magazine named Dr. Hawkins one of the Ten Outstanding Band Directors in the United States and in 1975, he was presented a Citation of Excellence by the National Band Association.

In 1989 (posthumously), Dr. Hawkins was inducted into the Band Directors Hall of Fame at Troy State University in Troy, Alabama.

Throughout his illustrious musical and education career, he was faithfully accompanied by his wife of more than 40 years, Kathryn Morris Hawkins.  His partner in life and work, truly "in sickness and in health", her devotion and talents made possible the heights of his career.


Please go to this link for additional photos of Dr. Hawkins and his wife Kathryn:


Questions may be directed to treynold@worldpath.net


Scholarship form can be obtained by clicking on the link below and follow the scholarship requirements within the document. 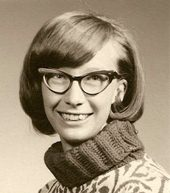